Monday afternoon, December 3rd!  The letter is here!  I swore that she was going to just open it up at the mail box center, but Mark convinced me to at least go back to Emily’s house and let someone record us opening it.  Garret was the only one home, so he got the recording honors.

We opened it and it did NOT say BYU Hawaii as we had so totally expected it to say, but the call was to the New York Utica Mission!  The letter directed us to report to the MTC in Provo on December 31st.

Boy, were we surprised, but excited. Mark felt the Lord knew his heart because he really wanted to serve a Member, Leader Support Mission (MLS) and he felt very blessed that we would do that in Utica.  In Hawaii it would have been a totally different mission than an MLS mission in upstate New York.   It did take me a few days to get her head turned around from a warm weather mission to upstate New York in the winter. I had bought missionary clothes for New Zealand, but it all would have worked for Hawaii.  Now we had to go through all of our stuff that was stored at Cameron’s house and try to find winter coats and boots and gloves and sweaters!  And we had to buy a new car to drive all across the country because our cars were both at least 13 years old!

Our Mission President is going to be Kyle A Vest from Amarillo, Texas. 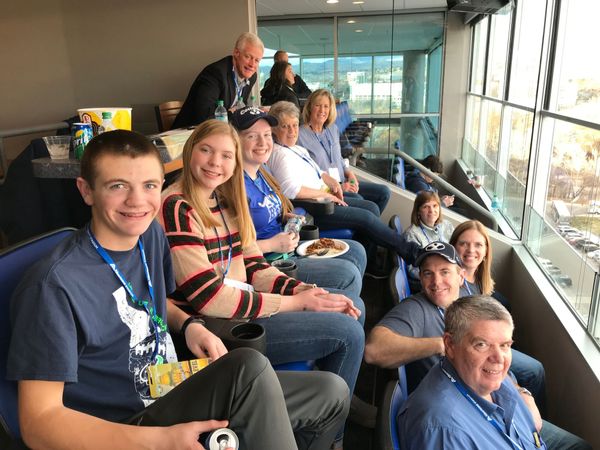 December 2018 - A visit from Marsha & a trip to see Ryan, Angela & kids in Meridian, Idaho and a last dinner with family.

The Last 3 years - We have always wanted to go on a mission together. It is something that I made Mark promise that we would do when we got older and grew an inch or two (mostly around the middle!)