August 25, 2019 - We met in Palmyra this week for a Senior Missionary Conference. We were treated to a day of sweet spiritual experiences. After a wonderful discussion about the First Vision and receiving revelation, we walked out of the Visitor's Center into the Sacred Grove where we spent about an hour pondering on the need that each of us has to understand and pay the price for revelation to direct us on our missions and in our lives. What a powerful experience to help each of us draw closer to our Heavenly Father and His son, Jesus Christ.

We met for our Senior Missionary Conference in the basement of the Visitor's Center at the Sacred Grove. Brother Baker who is the Director of Seminaries and Institutes for southern New York gave a presentation on the Ten Acts of Faith Learned from the First Vision that lead us to receive personal revelation. He introduced his message by first talking about the nine versions of the First Vision that have been preserved. He then asked us What is Faith and recommended that we all read and study the Lectures on Faith by Joseph Smith. (Which were included with the first edition of the Book of Commandments which became our current day Doctrine and Covenants.)
Brother Baker then answered his question about, What is Faith? He told us that Faith is: Power, Seeking, Moving, Acting, Doing.
He reminded us that Joseph was a common farm boy who was uneducated and unschooled and we should not judge him as he grew in stature and understanding.

Joseph's Acts of Faith:
1. Define the problem or challenge - write it down. Joseph began seeking when he was 12 years old. His process of seeking the truth didn't just happen over a 2 week period of time.
2. Look to and search the scriptures - this is how you will come to know the truth that you seek. Seek, Knock, Search. Do as Joseph did and read James 1:5 - If you lack wisdom...
3. Ponder - the key is to feel, ponder, apply, and analyze. Joseph Smith tells us, "I reflected upon it again and again." Meditate and ponder. Write it down and go to the Lord again.
4. Study it out in your mind. Make a list on a sheet of paper with two headings:
Pro and Con.  Make an actual list. Do this and you are telling the Spirit that you are ready to receive revelation.
5. Desire - Joseph wanted to find the truth and have his sins forgiven.
6. Pray - Joseph went to the Sacred Grove. We can do likewise by finding a similar spot to pour out our hearts to God.
7. Don't get discouraged - when Joseph prayed in the Sacred Grove, he was overcome by an evil power. He did not give up. Do NOT ever give up as you seek the Lord's will.
8. Be ready for an answer - It may be different than you expect. The Lord knows us best and what we need - He will give us an answer that is best for us. Joseph did not go to the Sacred Grove thinking that he would see God the Father and His son, Jesus Christ. Joseph had no inclination or idea that he would be restoring the Savior's church. We may be asked to do hard things.
9. Know and understand your answer. Write it down and ponder and go to the Lord and ask for more clarification.
10. Moral Courage - we're not going to get answers unless we have the courage to carry them out.

When we left the Sacred Grove we went to the Palmyra Stake Center for lunch and training by President Vest, we were welcomed by Elder McDonald who plays the bagpipes!

After lunch our meeting with President & Sister Vest started with their son singing a beautiful primary song.

President Vest shared 3 missionaries stories with us:
1. First, a young sister missionary who he described as sweet as a sister that you would ever meet. When she got off the plane in the mission field, she had some type of lockjaw and had to eat through a straw. She had had great desires to serve, but needed to go home - she just kept getting worse. Her disease accelerated at the end and she could barely stand. She went home and she was diagnosed with Lyme disease. She had been bitten by a tick and it was undiagnosed. After she had been home a while, she wrote a note to President Vest:
Lyme disease is trying to trash my body, but I have seen so many miracles. My sister went to Yakima, Washington on her mission. None of this is what I was expecting, but I know God is aware of me and I feel so blessed.

2. Next, President Vest told of a young Elder who started his mission 3 years ago. He went home early because he was having serious knee problems. He had to have 6 surgeries on his knee. He was home for about 14 to 16 months. He came back out. He was called as an Assistant to the President. A General Authority came out and told this Elder that the Lord had orchestrated everything so this Elder could be in the Mission at this time. The Lord had a plan. His knee started hurting again before his mission ended. He was able to fight through it.

President Vest concluded by telling us that our mission is not usually what we were expecting or what we may have imagined - it's BETTER, because it's what the Lord wanted. He told us of the Lord's command to the early saints in Doctrine and Covenants section 37: The Lord revealed that it was His will that the saints needed to move to Ohio which was some 250 to 300 miles away. It was the dead of winter. Emma, Joseph's wife, had moved 7 times in 4 years. She was 6 months pregnant with twins.

President Vest said to us, Ask yourselves: "Do you think this is the experience they were expecting?" In D&C38:37 the Lord told his saints, And they that have farms that cannot be sold, let them be left or rented as seemeth good.

President posed this question to us: Why did the Lord ask so much of them? A few of the answers:
We don't grow very much in "easy".
Protection. Could it have been a greater threat to stay?
Things are not valuable - Experience is valuable.
The Lord wanted to endow them with power from on high
Test of faith and humility

President Vest pointed out the Lord's promised blessings in D&C 38:18-19

18 And I hold forth and deign to give unto you greater riches, even a land of promise, a land flowing with milk and honey, upon which there shall be no curse when the Lord cometh;

19 And I will give it unto you for the land of your inheritance, if you seek it with all your hearts.

President Vest told us - this is the miracle of the Mission. We are being blessed too.
He concluded with telling us the story of one of the Senior Missionaries:
This Senior Elder was diagnosed with cancer shortly after arriving. He completed tests and came up with a treatment plan with his doctor. He could have gone home and no one would have thought less of him, but he and his wife have chosen to stay.

The Lord loves us enough to give us hard times.

The Wild Center has a Wild Walk which is an elevated trail across the Adirondack treetops. You can find new ways to connect with nature through outdoor experiences like iForest and guided paddling trips, and explore a 54,000-square-foot museum with live animals and hands-on everything.

What a wonderful powerful Senior Missionary Conference. How awesome can it be to serve in the area where the church had its beginnings. If you ever have the chance to come to the Palmyra area, you will be richly rewarded. 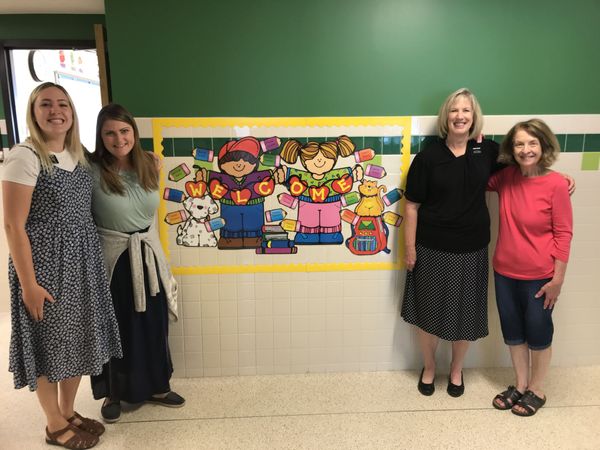 September 1, 2019 - Our Savior Jesus Christ paid the price that we may live again and has taken the sting out of death. We add to that message: We can live again with our families - families are for ever... 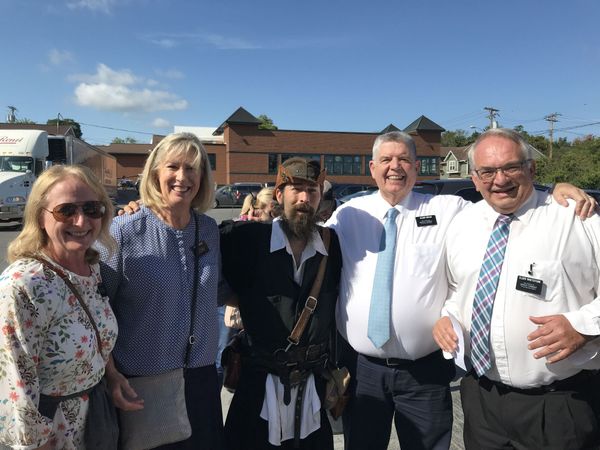 August 18, 2019 - On preparation day we went on the 1000 Islands Tour from Alexandria Bay and met a "real pirate". The main attraction is the Boldt Castle which was built by George Boldt in the early 1900's as a tribute to his wife that he loved deeply...