June 16, 2019 - We had a pretty good idea that Sister Black was going to be leaving us and then the Bomb dropped: Both Sisters Black and Weaver got the transfer call. Sad day.
Sister Black was transferred to Painted Post and is going to be in a threesome and continue as a Sister Trainer Leader (STL). She is also going to train a new missionary AND she is also going to finish training another missionary that had completed half of her training. (New missionaries are trained for two transfers - a total of 12 weeks. Usually, they keep the same companion for the entire time, but sometimes the Lord has other ideas.)
Sister Weaver was transferred to Saratoga Springs. Her new companion has one transfer left, so she should get the benefit of her experience.

Of course we will totally love our new sister missionaries: Sisters Wiese and Oleson. Sister Wiese has been out about a year and Sister Oleson is brand new!! Believe it or not - I forgot to take a picture of them...so you'll have to wait until next week - so stay tuned!!

Our turtle friend Jedi is showing off his swimming skills.

As I remembered my Dad yesterday on Father's Day, my greatest wish was to spend the day with him. But that was not to be, he passed away on March 29, 2010. So, I want to share how much I love him with you the best way I know how. The week before Father's Day in 2003, I had an experience that made me realize that there was no better way to tell my Dad how much I loved him than to share what I had learned from him.

While my wife and I were celebrating our 29th Wedding Anniversary on Saturday, June 7th, 2003, in Kellogg, Idaho of all places, we stopped at a pay phone to call home and check in with our youngest son, Cameron.  My wife got out of the car to make the call—Father’s are incapable of extracting the correct information from their children about what’s going on in our absence.

While she was trying to call our son, I noticed that there was a young man in his 20’s trying to make a call on the other phone.  He appeared frustrated and it seemed he either was unable to make connections with whomever he was calling or they hadn’t told him what he wanted to hear.  He sat down on the ground in the shade next to his car and said something to the girl in the car.  He looked totally defeated.

As I watched this scene play out, the first thing that came to me was, “This guy needs help.”  The second thing that I thought was, “What would my dad do?”  Now, you have to know my dad—he’s the most generous man that I know.  I have seen him personally help dozens and dozens of people—some were his own family, others were friends, customers, co-workers, and employees; many were people he did not even know that some how crossed his path and asked him for help.  I have never seen my dad turn one of these strangers down, not even once.  He always found a way to help them.  So, it only took me about a half of a second to know what my dad would do:  He’d help this dejected young man.

Anyway, I inched my car closer to where this young man was sitting with his head in his hands and said, “You look like you need help.”  He stood up and walked over to my car and said, “I do.  We’re stranded and we need gas, but we can’t get a hold of anybody to help us.”  I asked him what he needed and he said, “5 bucks would really help and get us where we need to go.”  I asked him where he was headed and he told me some small town in Montana that I had never heard of.  I thought at today’s gas prices 5 bucks couldn’t get them very far.  And then I thought again, “What would my Dad do?”  That was an easy answer again.  I told him, “You won’t get very far on that, here’s a twenty—that should get you there.”

I don’t think he could believe his eyes and ears.  He thanked me, but he didn’t need to, because I could see the gratitude in his face.

About that time, my wife had finished and got in the car and we drove off, leaving this young man to wonder why someone would help a total stranger.  If he knew my dad, he wouldn’t need to wonder—he would know that’s the just the way we are.

And if you could see my face, you would know how much I love my dad and how grateful I am for his example and that he taught me to help others.

As a side note, when my wife got into the car, she asked me, “What was that all about?”  As I told her what had happened, she stopped me at the point in the story when the young man asked for five dollars and said, “I hope you gave him more than that!”  I guess my dad has rubbed off on my wife, too.

If your dad is still around, give him a hug while you can. 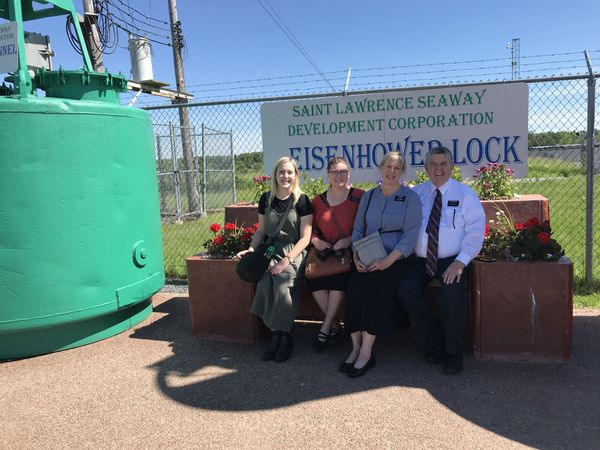 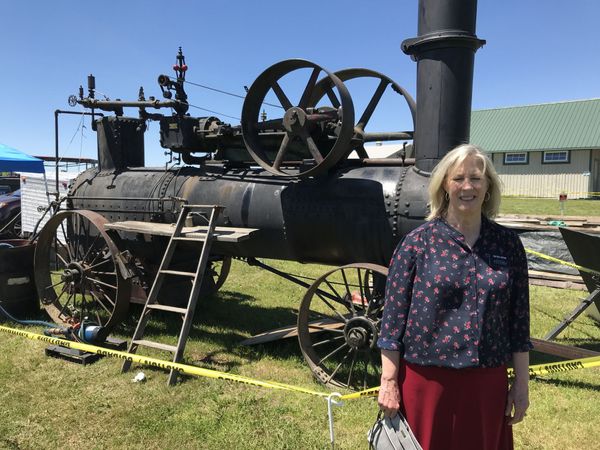 June 9, 2019 - We had the opportunity to attend the 37th Annual Spring Antique, Gas & Steam Engine Exhibition. We love to go to local activities that help us to understand and love the people of the North Country.